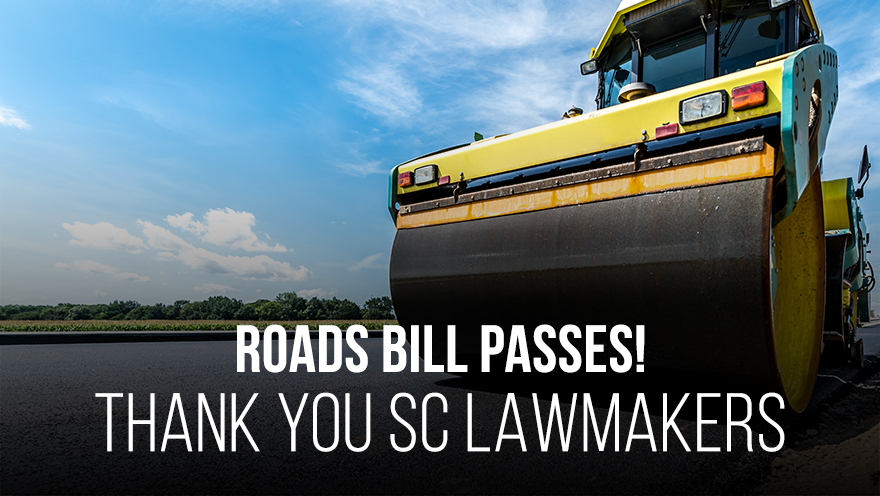 A comprehensive plan to fix South Carolina’s crumbling roads and bridges is now law after the House and the Senate overrode Governor McMaster’s veto.

“Finally,” said Bill Ross, President and CEO of the South Carolina Alliance to Fix Our Roads. “South Carolina lawmakers have listened to their constituents, and they have acted to provide for the current and future needs of South Carolina roads.”

For nearly four years, the Alliance has advocated on behalf of South Carolinians to secure a plan that addresses the state’s infrastructure crisis. House members have passed plans for three years in a row, but they failed to gain traction in the Senate. The current bill, which is decades in the making, represents bi-partisan cooperation and compromise by both legislative bodies.

“We knew that 2017 was the year to take action and find a compromise solution. We commend the legislature for acting in the best interest of our state and providing for our infrastructure future,” said Ross. “After 30 years of inaction, we now have a plan to fix our roads.”