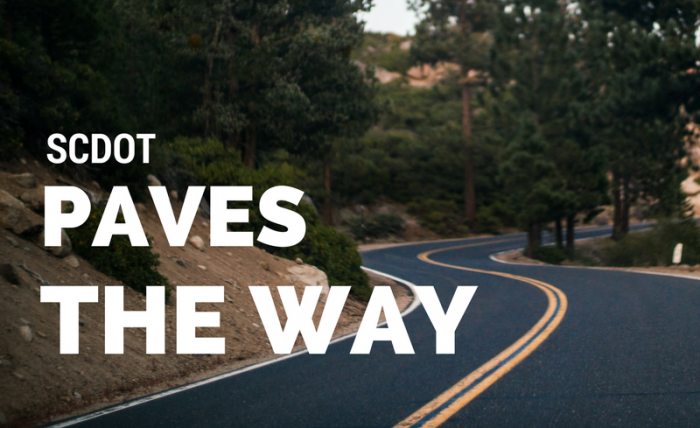 Years ago, visitors to South Carolina were greeted with a sign reading, “See the Best State on the Best Roads.” These days, the second part of that statement no longer applies. 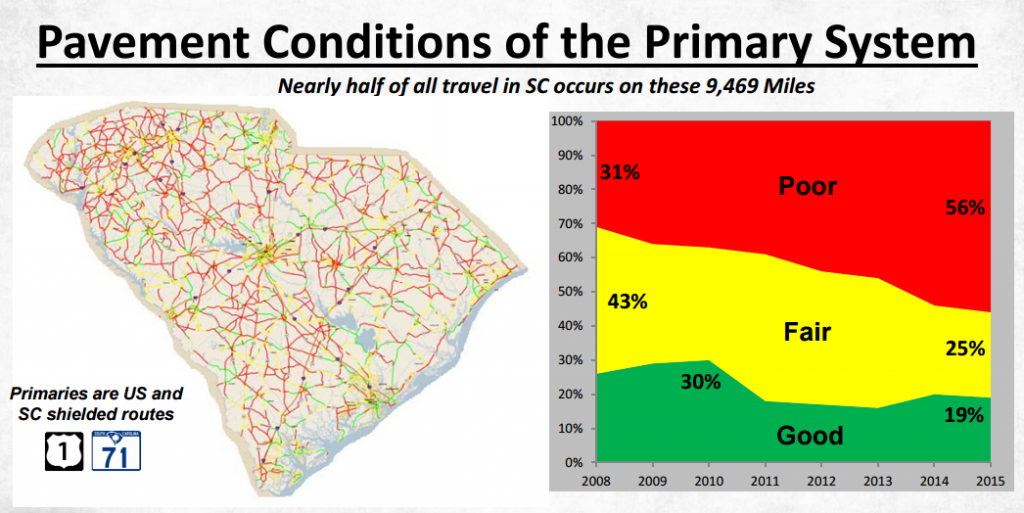 But all that is about to change.

The legislation includes South Carolina’s first motor fuel user fee increase since 1987. As such, the promise of additional infrastructure investment has allowed SCDOT to begin addressing the state’s crumbling infrastructure.

The department plans to apply an additional $300 million to road resurfacing, increasing the program by 44%. As a result, over the next ten years, SCDOT will triple the number of pavement projects in the works.

These significant improvements will target all the systems, but the Primary System which carries 46% of all traffic, will receive greater emphasis.

The below graph details the targeted pavement conditions after the implementation of the new revenue in year ten. 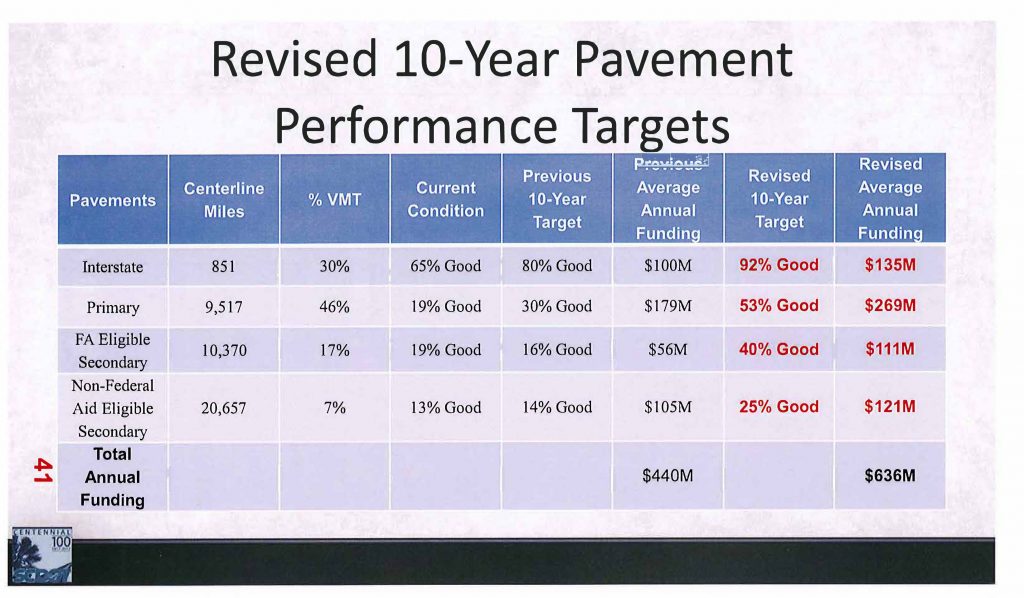 This additional investment comes at a critical moment, as our state continues to pursue economic growth. Better roads and infrastructure will facilitate efficient transportation for goods and services. Most importantly, improved road conditions will contribute to the safety of South Carolinians and visitors to our state.

Thank you, SC Lawmakers, for passing a real plan to #FixSCRoads

We commend the South Carolina General Assembly for taking action and passing legislation to fix our crumbling infrastructure. As SCDOT’s repair plans are implemented, South Carolina roads will once again become an object of pride.

Join us in thanking the members of the General Assembly who acted in the best interest of our state by voting for the comprehensive roads bill.