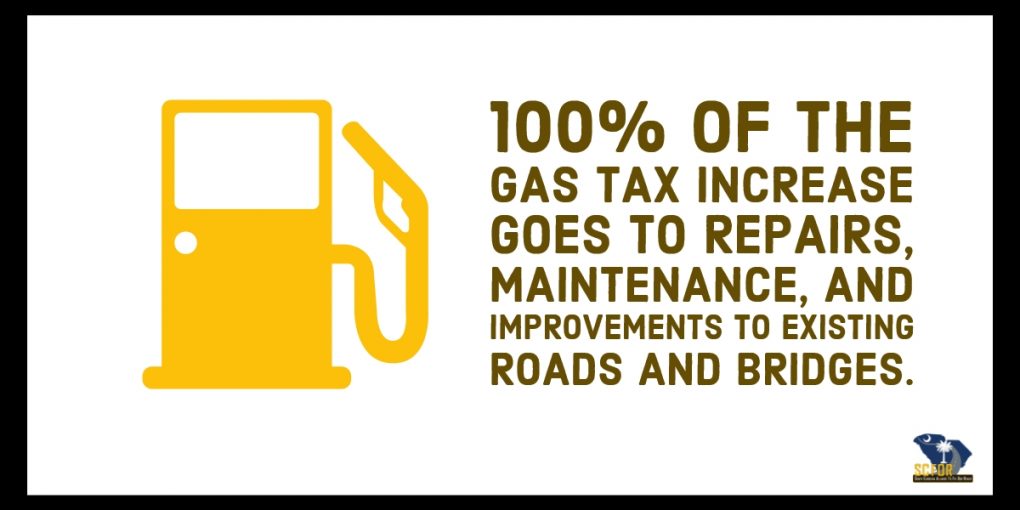 For comparison, here’s how much you’d be paying in state fees on fuel in our sister states: 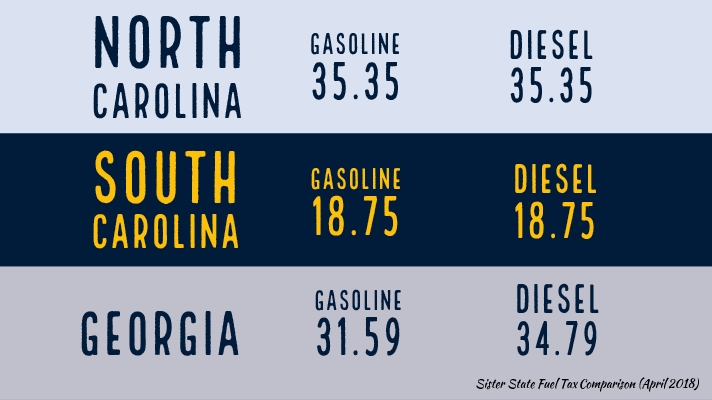 All of the money from the increase in the motor fuel user fee goes directly to the infrastructure maintenance trust fund, which “must be used exclusively for the repairs, maintenance, and improvements to the existing transportation system.”

This fund serves as a lockbox to ensure the revenues are used solely on improvements to the existing system.

South Carolina taxpayers are eligible for an income tax credit to offset the increase in the motor fuel user fee. The SC Department of Revenue’s website offers more information on eligibility and how to claim this tax credit.