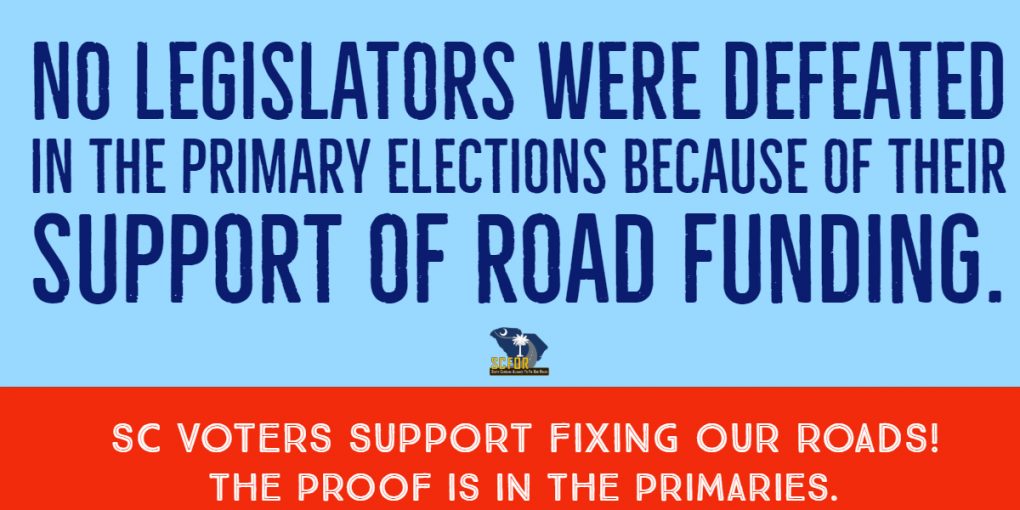 These victories come on the heels of campaign rhetoric from candidates that say, “the money was there” and that “reforms” would fix roads. As many of us know, these very issues have been a part of the conversation since the road funding debate began 5 years ago. If roads could truly be fixed without increases in taxes/fees, believe us, that would have been done a long time ago. Unfortunately, the current condition of our roads and bridges is the result of years of under-funding. The legislature understood this and acted.

Funding South Carolina’s transportation infrastructure is a multifaceted issue and unfortunately, campaigns tend to downplay the complexity of it all. The good news is, voters have clearly paid attention over the past few years and the educational efforts of SCFOR and our allies has paid off. It’s safe to say that voters overwhelmingly supported good public policy over politics in the SC primary elections.

SCFOR is proud to see voters support legislators who support good public policy. Once again, we want to congratulate all our friends who won their primary elections!