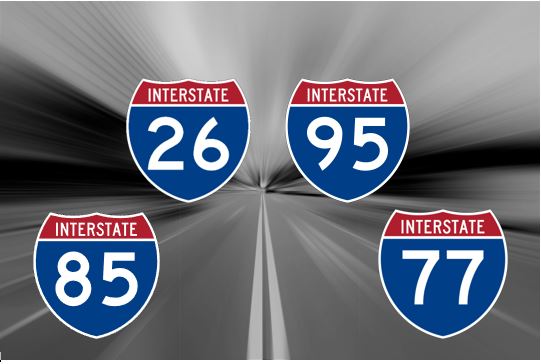 The SCDOT Commission has approved funding to begin planning for priority interstate capacity projects included in SCDOT’s Rural Interstate Freight Network Mobility Improvement Program which was approved by the Commission in October 2018.

Commissioners approved $1 million for each of the five interstate expansions which are intended to come to fruition using revenues ($110 million) from the fuel tax/preventative maintenance tax credit after it sunsets in 2022. Details of the interstate routes slated for improvements are outlined below:

The public has expressed support for interstate expansions, most recently during a public comment period where the SCDOT received 224 comments, 95% of which were in favor of increased interstate capacity.  Details on those public comments can be found here.