The legislature has approved Governor McMaster’s two appointees to the SCDOT Commission.

Nancy Whitworth was confirmed by the House and the Senate to serve on the SCDOT Commission as an at-large Commissioner through February 2022. Whitworth was appointed to fill the remaining term of Kristen Blanchard, who resigned earlier this year to run for the SC Senate.

Whitworth worked for the City of Greenville for 40 years and recently retired as Interim City Manager. She currently serves as a consultant for One Spartanburg, Inc. (formerly the Spartanburg Area Chamber of Commerce).

Pamela Christopher was approved by the 3rd Congressional District delegation to serve as the 3rd district appointee to the Commission. Christopher was appointed to fill the seat of Ben Davis, who did not seek another term. Her term runs through February 2024.

Christopher is the President and CEO of the Anderson Area Chamber of Commerce.

SCFOR would like to congratulate Whitworth and Christopher on their appointments and appreciate their willingness to serve. They will undoubtedly bring a unique perspective to the Commission, and we look forward to working with them. 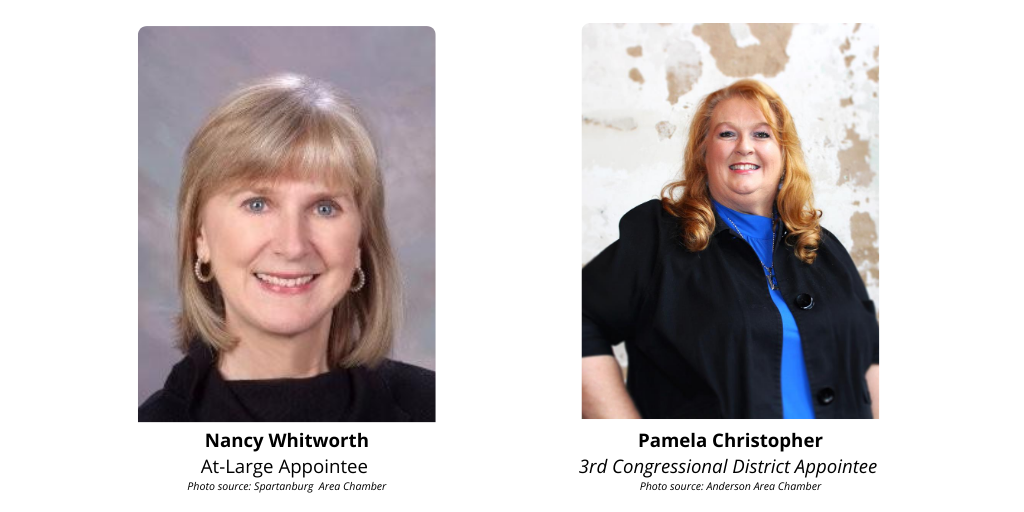