The SCDOT Commission held their final meeting of 2021 on Thursday, December 9, approving significant changes to improve the state’s bridge program.

Deputy Secretary for Engineering, Leland Colvin, provided an update on the results of the load rating program which assessed the condition and capacity of the state’s bridges.

He noted that the program validated SCDOT’s inspection processes. More importantly, it highlighted additional bridge replacement and rehabilitation needs across the state due to aging structures that were not designed to handle today’s loads.

As a result of the load rating program, 656 bridges were identified on primary and secondary routes.

As we previously reported, in October, the SCDOT Commission approved funding boosts to the state’s 10-year plan based on anticipated funding increases associated with the federal bipartisan infrastructure package. Commissioners approved an increase of $69 million when it comes to bridges, bringing annual investment levels to $223 million.

This additional funding is timely given the need to rehab and replace aging bridges.

The following chart illustrates the 680 load-restricted and closed bridges across the state: 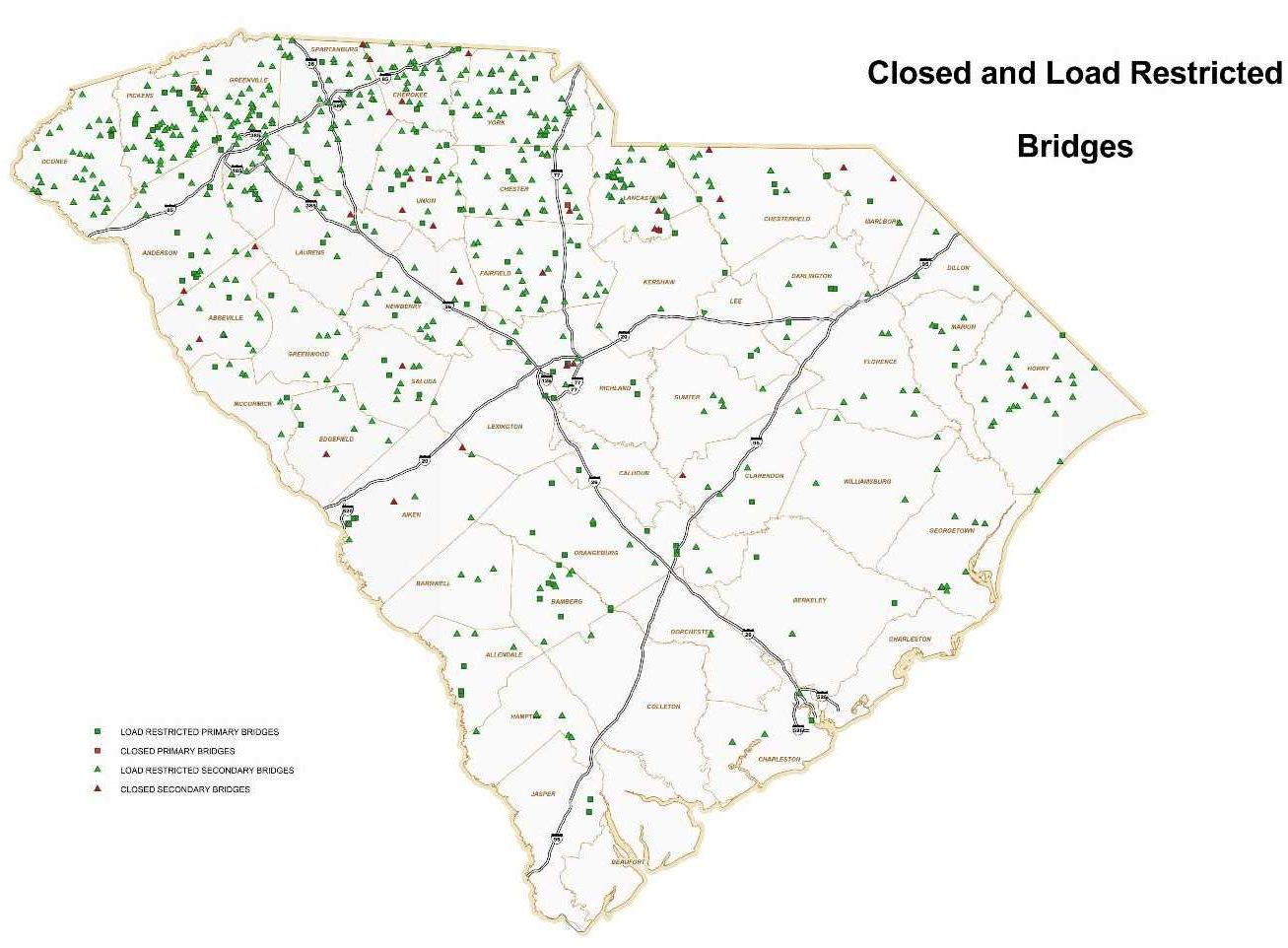 You will notice that there are a lot of bridges in the upstate. This is due to the terrain, soil conditions, and age of the structures.

*These prioritized lists will be developed in 2-year increments to align to inspection cycles and most current data.

These lists reflect two years’ worth of projects.