Rep. Shannon Erickson (R-Beaufort) chairs the Transportation & Regulatory Subcommittee, which has jurisdiction over SCDOT. She told her colleagues that they were investing to address some of the largest issues of the greatest concern to citizens – our infrastructure.

The Ways & Means Committee adopted the subcommittee’s spending plan, which allocates over half a billion dollars to the SCDOT – pair this with the pending ARPA allocations totaling $453 million – the SCDOT could see an additional $1 billion investment this year.

Of the budget allocations adopted Wednesday, arguably the most critical component is recurring dollars. The committee approved $120 million in recurring funds to serve as the match for the federal dollars coming from the IIJA. As we have said before, recurring dollars are vital to the continued success of the state’s 10-year plan.

In addition to these recurring dollars, one-time boosts are provided for rural interstates ($176.5 million), resiliency studies ($5 million), and CTCs ($250 million). A breakdown of the budget allocations is illustrated below: 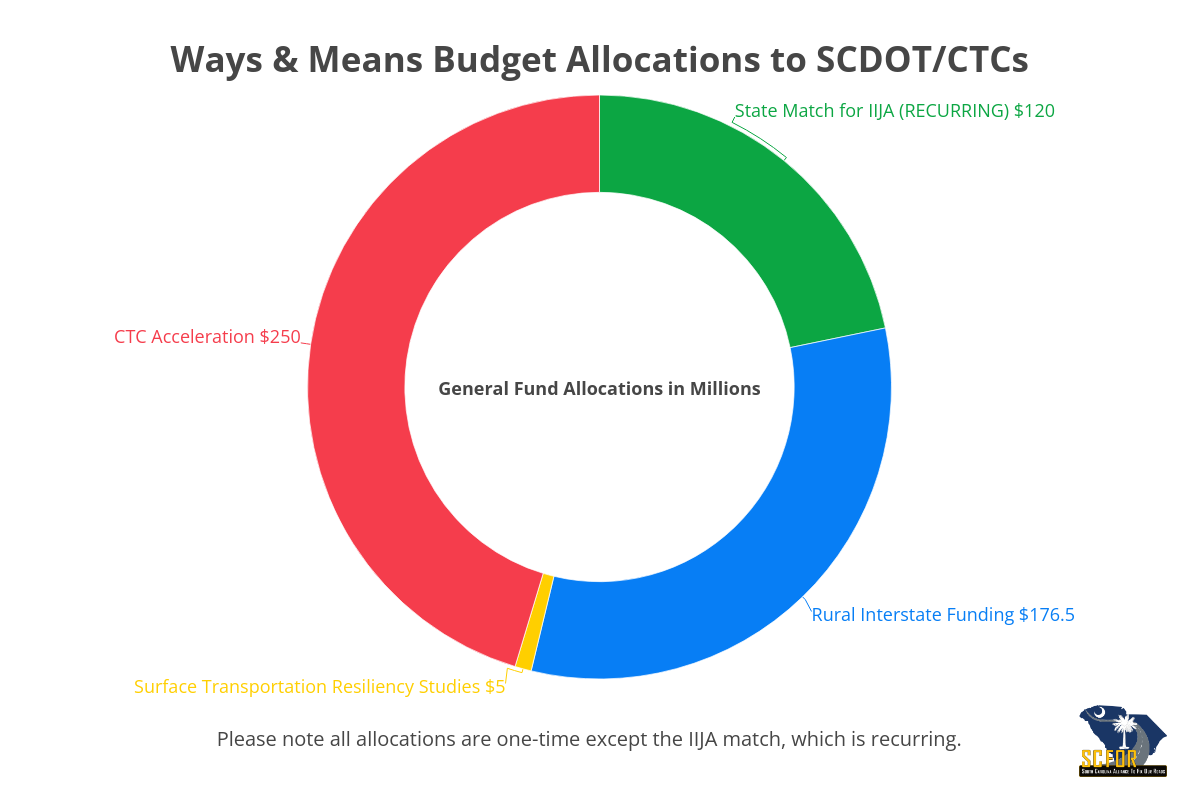 SCFOR applauds the House Ways & Means Committee for prioritizing infrastructure and allocating recurring and non-recurring dollars to accelerate projects in the pipeline and keep South Carolina’s long-term plan on track.

This week’s allocation is the first step in a very long process. The House will take the budget up on the floor the week of March 14. And don’t forget, the Senate will have their say on how state dollars should be spent.

Kudos to the House Ways & Means Committee for their work. We look forward to continuing to support infrastructure investments – especially recurring dollars – as the budget process continues.